"Have I already shown you the photos of this weekend? It was super amazing again!" That's what our product manager and climbing maniac Peter aka Peter Parker tells us with sparkling eyes during lunch break, as he (once again) tells us about his "new baby" and pulls out his cell phone. The joy about his new bolting project at a promising wall in the Karwendel mountains that he had been working on for some time now with his friend Klaus is clearly written in his face. When we have a look at the photos, we pretty quickly understand why Peter is as enthusiastic about it as a kid in a candy shop – the tour really lives up to its name "Prime Time"! By now, the route setting part is finished and the tour is ready to be repeated by other climbing freaks. The whole story about the route, from the first idea to the development and up to the first ascent including topo can be found in Peter's following report. And action!

In my “sturm and drang period” I often climbed everything I could put my hands (fingers) on. Big names were important for me and the scarier to climb, the better. However, as I got older and also started a family, I got a bit pickier. The demands on the choice of the route changed significantly and by now, setting my own routes is one of the best things that climbing has to offer. Thereby, the whole process is important for me – from looking for nice walls and good rock to finding an interesting line, doing the first ascent up to eventually climbing the own tour. The best thing for me is when also other people climb my tours and like them.

I got to know the Repswand in the North Tyrolian Karwendel mountains when I climbed two wonderful tours set by Reini Scherer there. In fact, Heinz Zak had already climbed some classic lines in the 80s at this spot, however, they soon fell into oblivion. Only later on, Reini Scherer brought this wall back to life with perfect routes with the best rock for repeaters with high demands. Thereby, this area offers the perfect conditions: an easy approach by bike (and then very briefly by foot), wonderful rock quality, the summer-suitable orientation of the wall and the great tours. Especially the route “Single Trail” is a real classic and is repeated frequently. However, the big unknown, the big slab, remained unnoticed and untouched. After perusing the wall, I just wanted to know more about it and to try my luck.

When it came to choosing a partner, my friend Klaus was the only one I could think of for this demanding project. We spent many beautiful days on rock together and also some in ice and snow – we just trust each other. Thus, we started this project in summer 2019. After three days of bolting we were able to finish the direct line from below and were really happy and satisfied with our work. However, because of the expected difficulties of the direct line, we right at the moment of rappelling decided to bolt a bypassing option “light” on the left (seen from the top). Unfortunately, we didn’t manage to start a first climbing attempt of “our line” in the same year anymore. 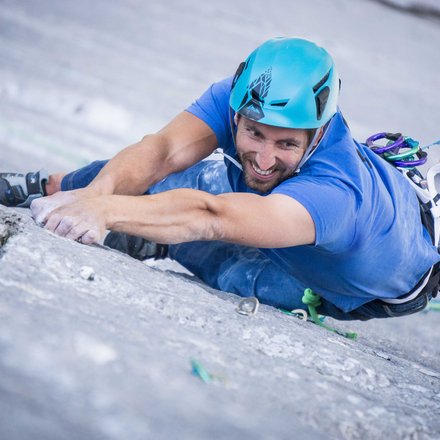 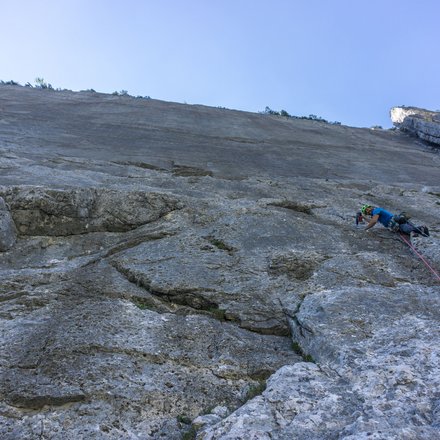 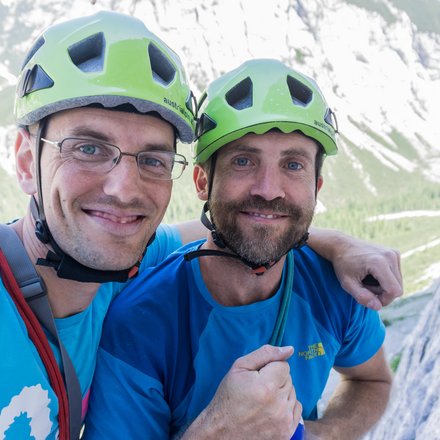 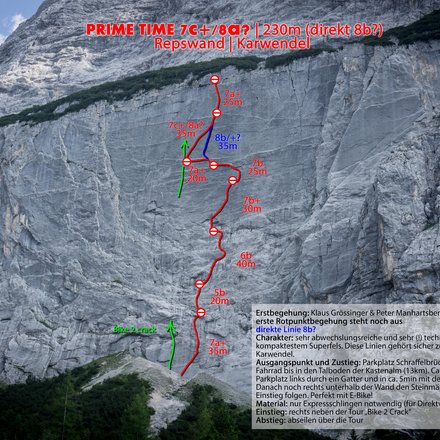 Additionally, in summer 2020, Klaus had to undergo a knee surgery, that’s why we couldn’t finish our project together. However, Klaus proved his generosity to me and gave me his blessings to try the route with other climbers (I give him great credit for that!). Together with Catherine Laflamme, Armin Fuchs and Oliver Rohrmoser the time has come in July 2020 – we had an awesome climbing day in this terrific line and were able to send some pitches. We all had a lot of fun and what was especially important to me: Every single one of us was stoked about the beauty of the tour, the quality of the rock and the line. Thereby, Armin’s words “It’s a real beauty!” felt like an accolade and were a real honor for me!

Cathy and I had a try at the bypassing route, Armin and Oli tried the direct line. While I was already pretty done before even reaching the crux pitch, Cathy fought her way up in lead. Without her, I probably wouldn’t have seen the exit on that day – thank you once again for pulling me up J. What I was especially happy about: Armin managed to climb all the moves of the difficult direct line; I would assess the difficulty level to be an 8b/+. When we reached the exit, we toasted with a well-deserved summit Schnaps.

The first pitch starts surprisingly tricky and tends to be wet from the wall base for the first 5-10m. However, this area often dries very well within one day. For the direct crux pitch, about 16 quickdraws are needed (one should be extended for the redpoint try). Basically, it guarantees good climbing, the crack only has some dirt in it. However, it can be cleaned easily with a wire brush. All in all, the rock quality and the line are just stunning! Very often you climb the only climbable structures, while to the left and to the right, the wall seems to be structureless for 30, 40m. It’s really spectacular! J I plan on setting one or two more bolts in the bypassing route and to clean the crux pitch(es) a bit.

The name of the route, “PRIME TIME”, hints at the fact that it is just absolutely beautiful – in my opinion this is a 5-star-tour, as it just can’t get any better in this area. However, it may be noted that this tour has a very (!) technical character and demands good endurance from the climber. Good body tension is needed over long distances. Also, repeaters should climb with a shoe with good pretension, otherwise this tour could become a real touchstone for the calf muscles. However, this route doesn’t consist of slab climbing, but rather of very difficult wall climbing where a stable wall position is required.

The first redpoint ascent of both lines (7c+/8a and 8b/+) is still pending. Still, I would like to let stronger climbers try their luck on this tour. I think it is one of the most beautiful (and most difficult) tours in the catchment area around Innsbruck. In case this tour is repeated or even climbed redpoint, I would be really happy about feedback! 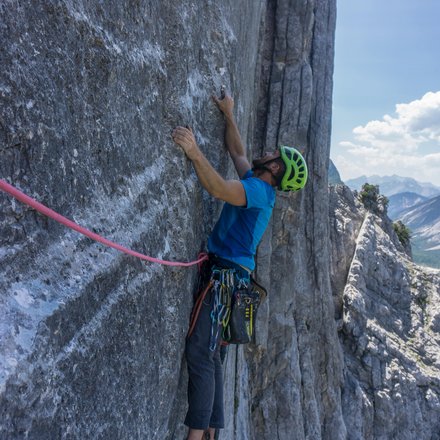 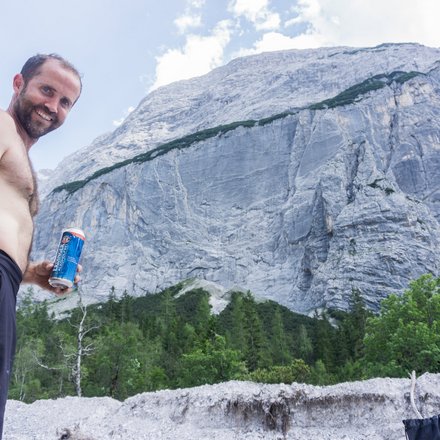 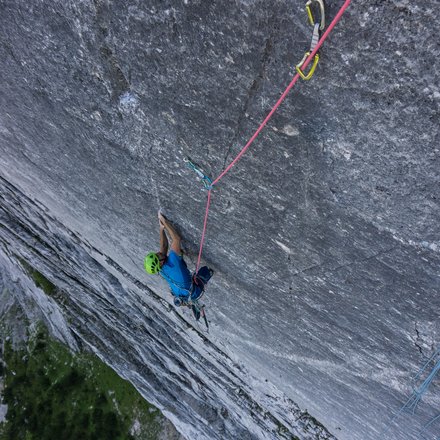 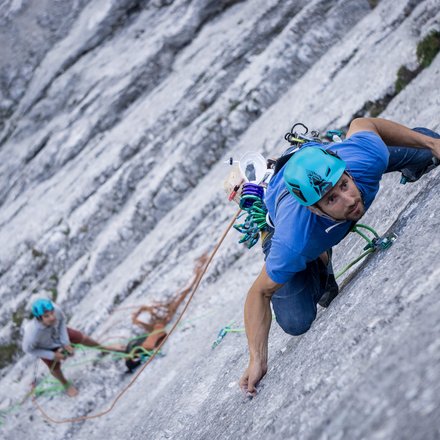 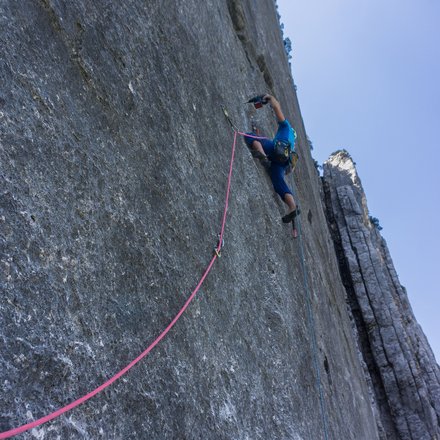 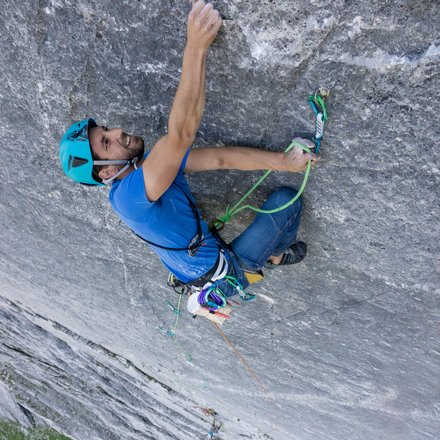 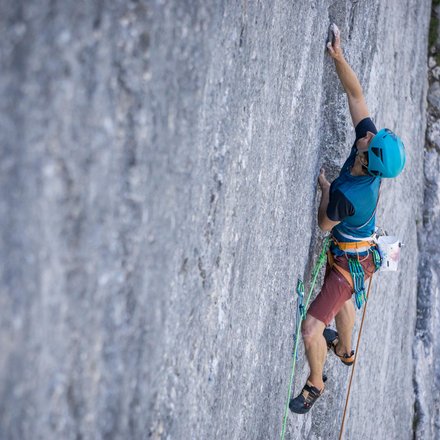 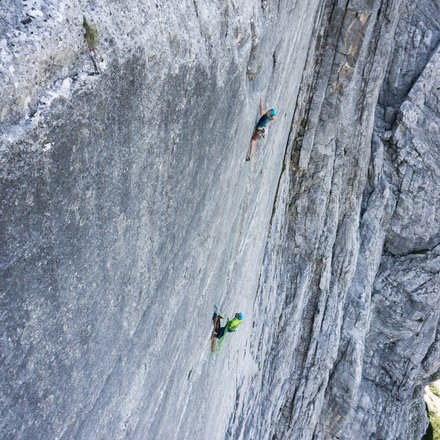 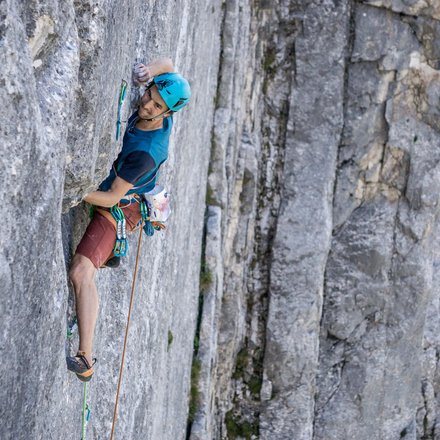 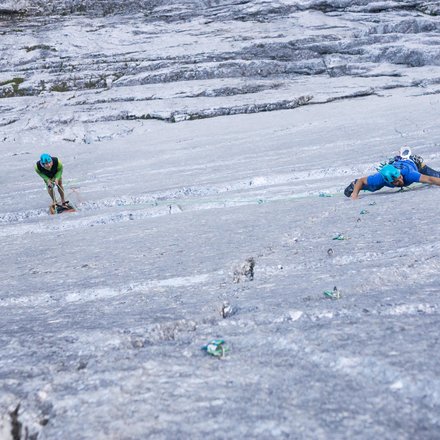 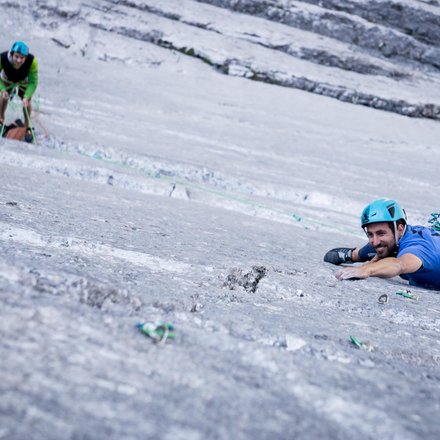 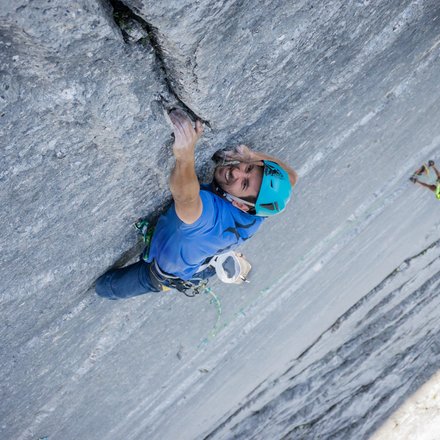 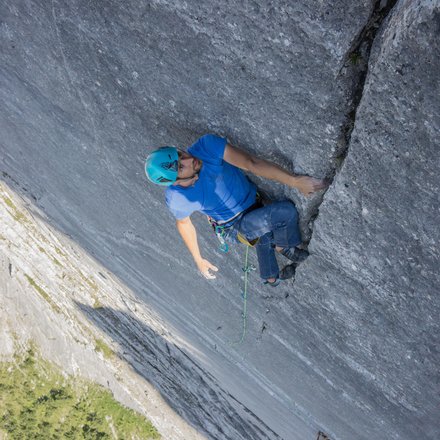 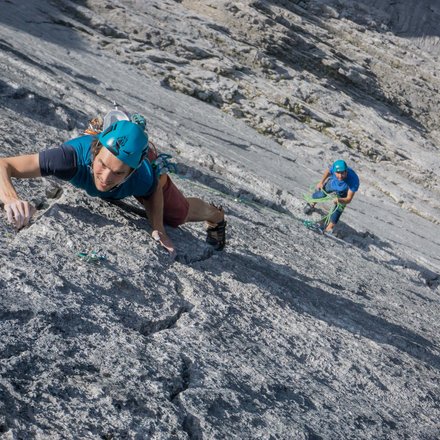 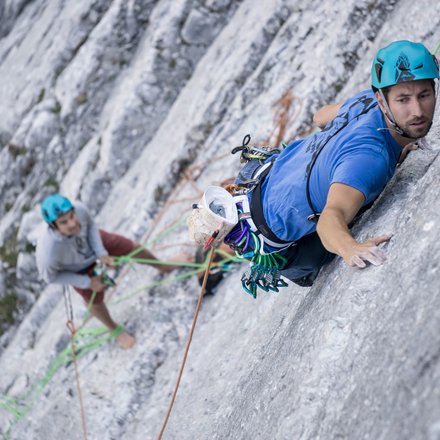 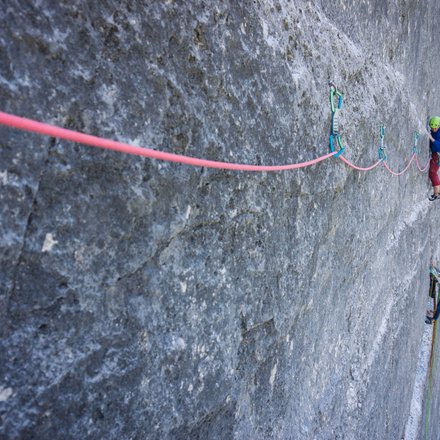