25 years of innovation. 25 years of passion. 25 years of celebrating gravity. 25 years of AUSTRIALPIN. Just wow! A lot has changed over all these years. This year we are looking back to our development, full of pride and joy – from the very first step up to who we are today: a company from Stubaital valley, rich in tradition, with the highest claim to research and development as well as a focus on sustainability, paired with an endless enthusiasm for our work. For 25 years our experts have been developing, producing, and testing the safest high-quality products for mountain sports, air sports, work safety and the tactical field – with precision, technical know-how and a hundred percent dedication. And all this here in Austria. 25 years of quality. 25 years of made in Austria. 25 years of AUSTRIALPIN. That’s how we have always been, that’s how we are today and that’s how we want to stay in the future. This is what we stand for.

To start from the very beginning, we need to go back in time a little further. The history of the Stubaital valley starts very early, namely already in the Middle Ages, and is characterized by a long tradition of mining. The oldest records go back to the 15th century, already back then the first blacksmiths existed in Fulpmes. Besides the development of tourism, especially mountain sports tourism, metal processing has remained an important economic pillar for the Stubaital valley over the upcoming centuries.  Numerous improvements concerning infrastructure as well as the foundation of the technical college for metal processing in Fulpmes in the 20. century should provide for future international competitiveness – with success! Up until now the Stubaital valley looks back to a long tradition local companies such as AUSTRIALPIN proudly identify with today.

1996 was the big year: Four ambitioned, family-led handicraft businesses united and founded AUSTRIALPIN Ltd for the distribution of products for mountain sports, air sports and work safety to offer the articles – which were already distributed successfully but under a different name – on an international basis and under their own brand. The foundation of their own company made it possible to work independently without external demands and to live up to the highest quality standards. The success story of AUSTRIALPIN thereby began with the development of the COBRA® buckle, the – up until now – strongest and safest buckle in the world. Today the company from Stubaital valley employs approximately 110 employees in production and sales. Locality is the highest priority – until today, 98% of all articles are still produced in Fulpmes. 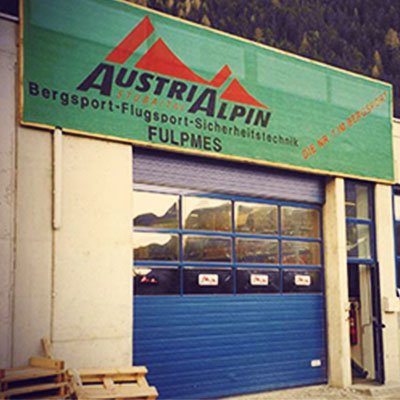 1996
First distribution building after the foundation of AUSTRIALPIN with a start team of 8 persons. Soon more space is needed to live up to the growing demands of the customers. 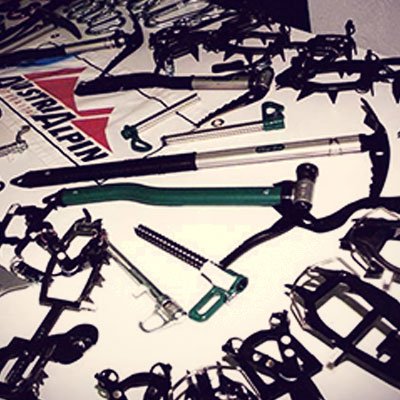 1997
On the first trade shows AUSTRIALPIN already presents a vast assortment of high-quality equipment for mountaineers and (ice) climbers. Until today, all products are made in Stubaital valley. 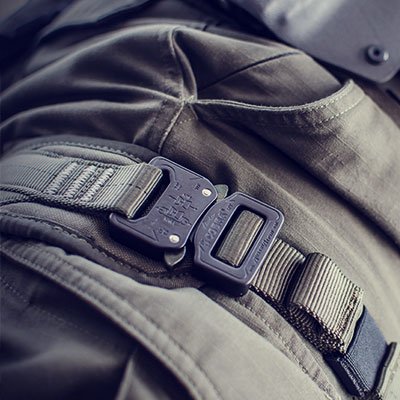 1998
The COBRA® THE ORIGINAL becomes the most successful QUICK RELEASE buckle in the world. Its locking mechanism lays the foundation for all future COBRA® models. 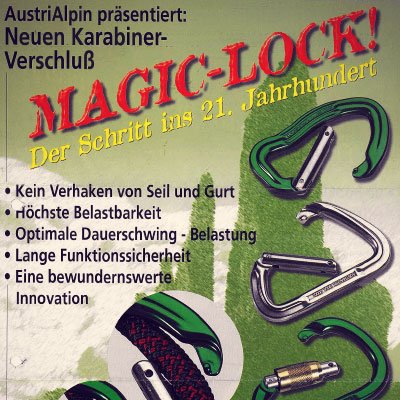 1999
AUSTRIALPIN presents the patented MAGIC-LOCK - a locking mechanism for snap and screw carabiners which prevents the rope from getting caught in the lock. 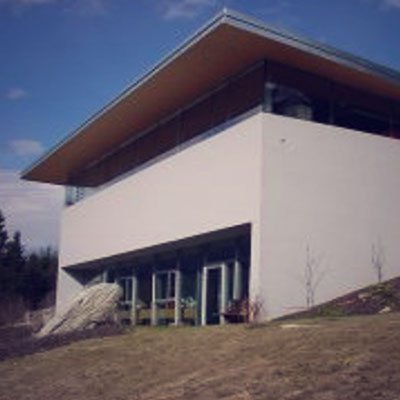 1999
The space gets too tight. So AUSTRIALPIN moves into a new building, the Denifl house in Fulpmes. Hans Denifl was the first commercial agency of AUSTRIALPIN and made a major contribution to the spreading of the brand. 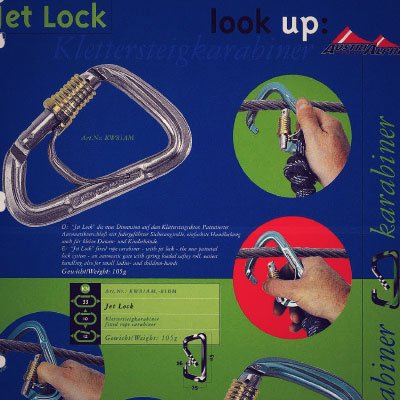 2001
The "JET LOCK" - a new via ferrata carabiner with a patented automatic lock is developed. It guarantees the simplest handling - als for children's hands. 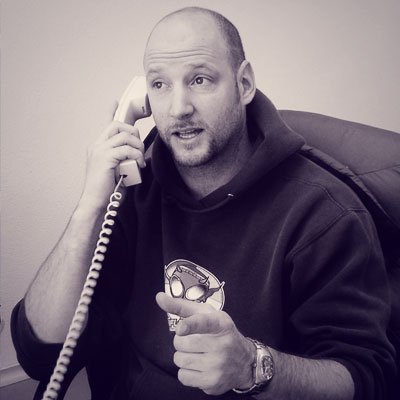 2002
Michael Uhrmann becomes the CEO of AUSTRIALPIN. The passionate mountaineer and paragliding pilot who led the company for 8 years dies 2010 in a tragic paragliding accident in Stubaital valley. 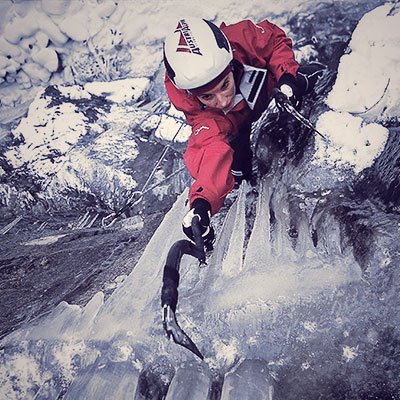 2003
AUSTRIALPIN develops the "PHREAK", a high-performance competition ice tool. Thanks to a new procedure in the pick production, errors concerning hot-forging can be excluded. 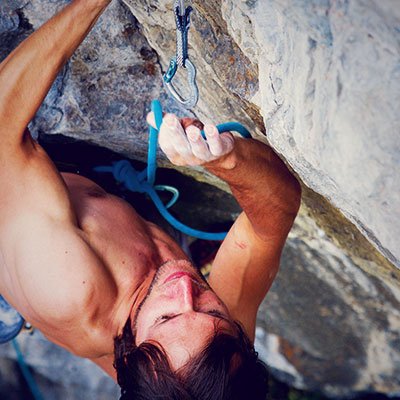 2003
The AUSTRIALPIN team consisting of 18 Austrian athletes is brought into being by Michael Uhrmann. Thanks to their feedback, products can be further developed and adapted to the demands of mountain and air sports enthusiasts. 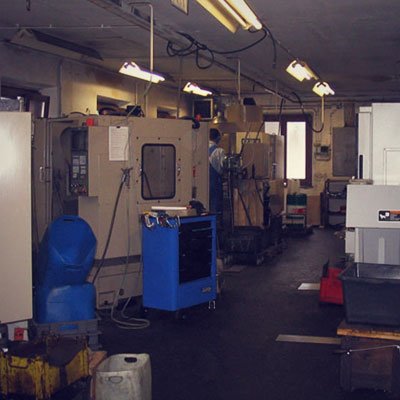 2006
Besides Germany and Austria, already 50 countries are supplied with AUSTRIALPIN products. Worldwide dealers rely on the quality from Stubaital valley. With a new storehouse and further growth in the team, business possibilities can be expanded. 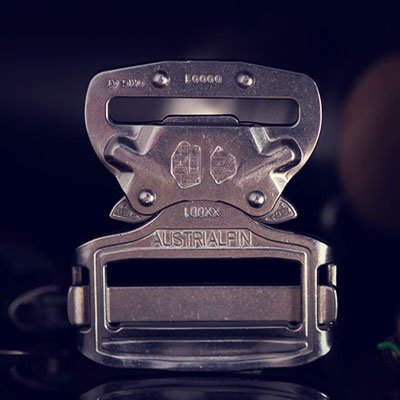 2009
A further mile stone concerning the COBRA® components is the COBRA® NAUTIC. It is the first buckle made of stainless steel and is therefore perfectly suitable for any application in a maritime environment. 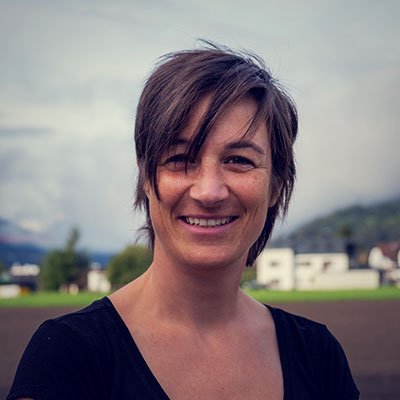 2010
After the tragic death of CEO Michael Uhrmann, Katrin Mark-Winkler becomes the new CEO of AUSTRIALPIN and is ready to face the challenge of a fast-growing company. 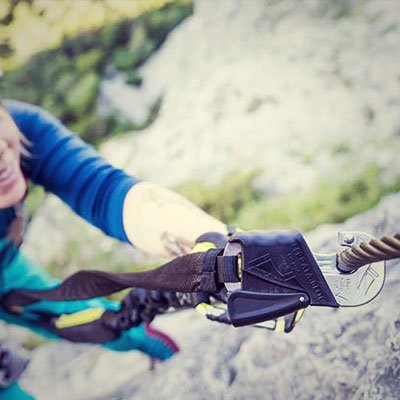 2011
A real via ferrata revolution: the FERRATA.BLOC! This "third arm" and via ferrata brake makes taking breaks in vertical passages possible and ensures a more relaxed via ferrata experience as well as more safety. 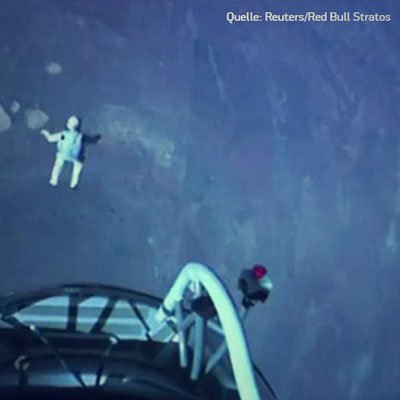 2012
The Austrian Felix Baumgartner dares to try the impossible with his jump out of a capsule in 40km height - with success! With him in the stratosphere: the COBRA® buckle on his suit. 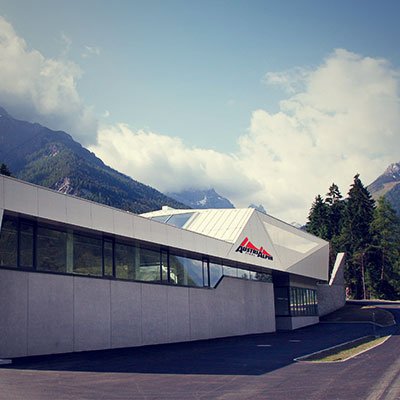 2013
AUSTRIALPIN moves into its first own distribution building in the industrial zone in Fulpmes. 6 employees are responsible for the worldwide sales of the productions from Stubaital valley. 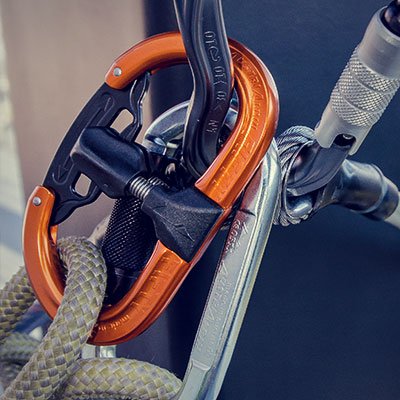 2013
Launch of the - without question - most innovative carabiner on the market: The FIFTY:FIFTY ist an autolock carabiner with 2 chambers which can be opened alternately. 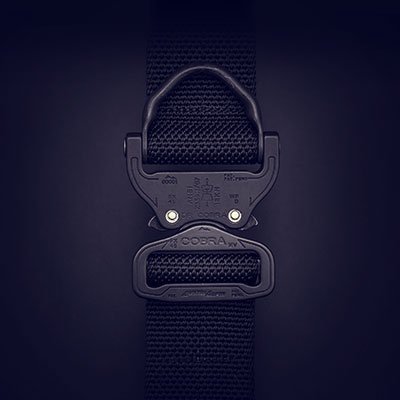 2013
The COBRA PRO STYLE D-Ring is the first buckle on the market with an integrated d-ring and opens up a broad range of new applications of a quick release. 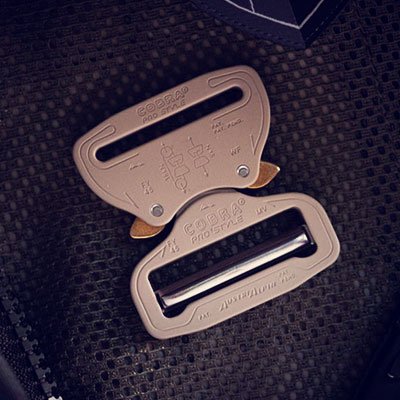 2015
17 years after the COBRA® THE ORIGINAL had entered the market, it was replaced by the COBRA® PRO STYLE. The development offers an improved locking mechanism and ensures even better handling as well as more safety. 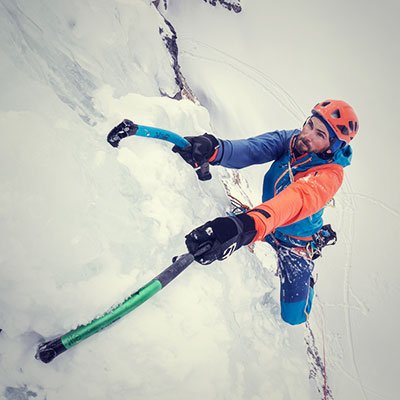 2015
The K.ICE.R is the new steep ice ice tool for ice climbing, mixed climbing and drytooling. It comes with a completely revised geometry and many adjustment possiblities for every climber's needs. 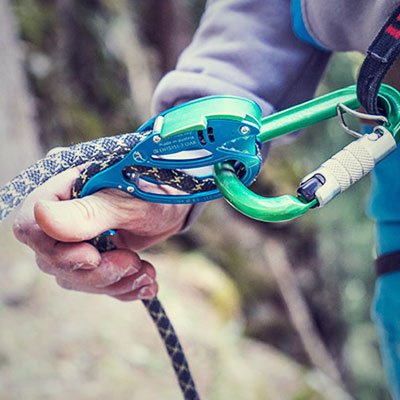 2016
The first autotube with a unique dorsal lever comes to the market - the FISH. It ensures a nice handling comfort, in case of a fall it blocks automatically and without additional manual force. 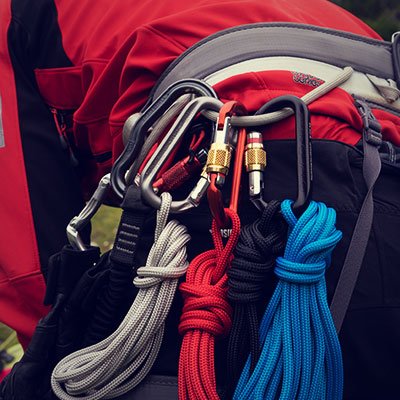 2016
A development of and for alpinists and safety units: the DYNA.MIT set! The extra strong cords with Dyneema core are universally applicable and ensure an easy handling in the mountains. 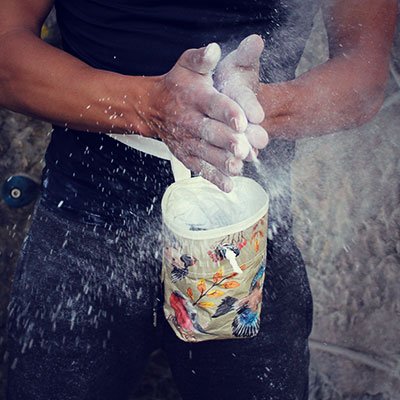 2018
Market introduction of the PAPNU - light as paper, strong as rock! The first chalk bag made of paper is born. In 2019, the PAPNU HELI.UM, the lightest chalk bag in the world with only 13,7 g enters the market. 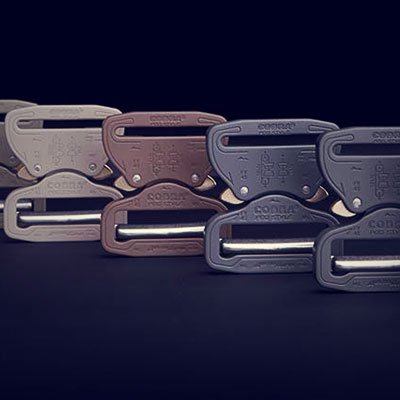 2019
The first COBRA® buckles with High Performance Coating (HPC) are delivered. The innovative coating developed by AUSTRIALPIN doesn't only ensure a smooth, homogenous surface, it is also highly resilient, abrasion-resistant and heat-proof. 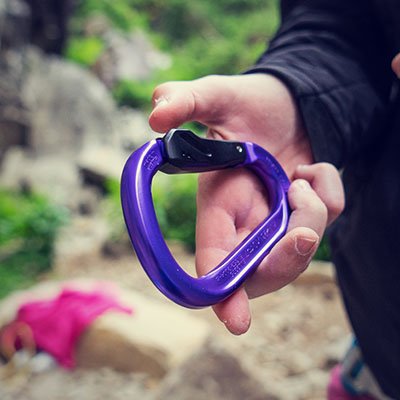 2020
Market introduction of the HMS RONDO Slide Autolock, the fastest autolock carabiner in the world. The carabiner can be opened by pushing the embedded brass slider and automatically closes when releasing the slider. 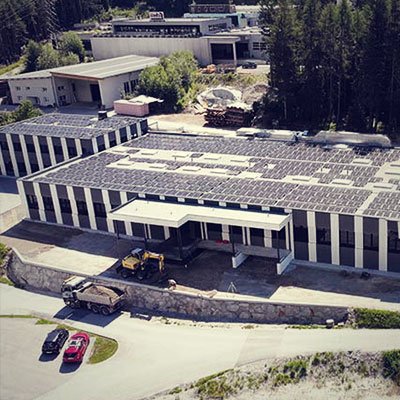 2020
Construction and completion of the new production hall with a 3600m² photovoltaic system on the roof in Fulpmes. This way, AUSTRIALPIN covers nearly one third of the energy consumption at place. For a green future! 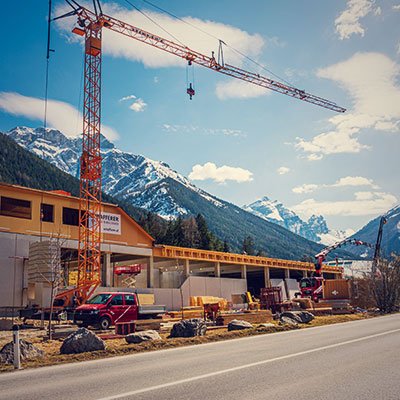 2021
...and again more space is needed. An extension of the storehouse and the creation of more offies is planned. Because not only good products, but als good ideas need space.