Love is in the air! | AUSTRIALPIN

Love is in the air!

After the paragliding testival unfortunately had to pause last year, waiting finally came to an end in the beginning of March: The paragliding scene met again for the 28th Stubai-Cup at the Elfer in Neustift in Stubaital – and the weekend was packed with mostly good weather, loads of testing and flying and great vibes. As a company located in Stubaital valley, AUSTRIALPIN of course didn't miss this event! We were on the spot (and in the air) and captured the atmosphere for you!

Blue skies, many tents, waving beachflags and lots of paragliders of many different manufacturers awaited me, when I – equipped with my camera – entered the testival area and at the same time the landing field of the Stubai-Cup on Friday, the first day of the event. Everything was still relatively calm, last preparations were made, but anticipation levels were already rising! One thing was clear from the very beginning: The heart of every paragliding fan would skip a beat this weekend, considering the wide range of innovative test paragliders provided by many renowned paragliding manufacturers – from Nova to Skyman, Advance, Skywalk, Airdesign, Little Cloud etc. In addition, paragliding equipment such as harnesses, carabiners, follow cams and clothes were presented to the visitors.

The Corona crisis still seemed to be far away this weekend and very soon, young and elderly, paragliders and non-paragliders arrived at the testival and enjoyed the atmosphere. Unfortunately, the blue sky didn't stay for long, but nevertheless, the wind and weather gods meant well for the event hosts and the pilots: Except for a little flying break due to the strong wind on Saturday, the number of gliders and the colorful hustle and bustle in the sky increased in the course of the weekend. 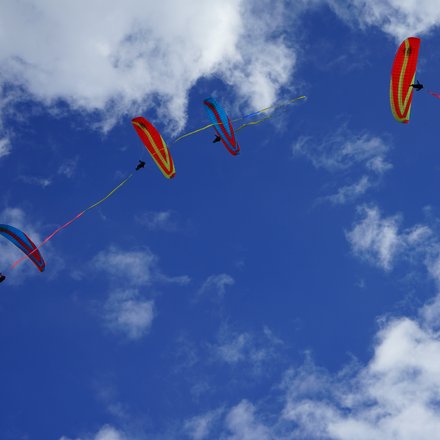 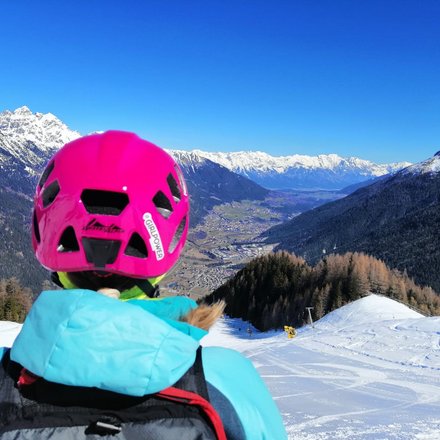 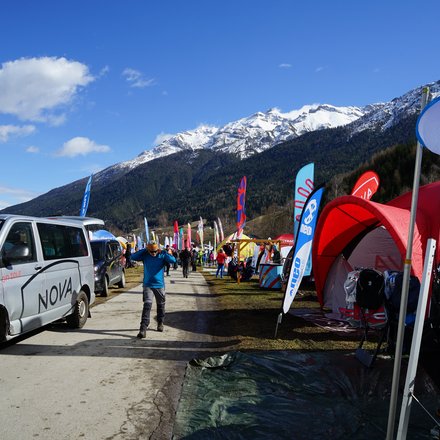 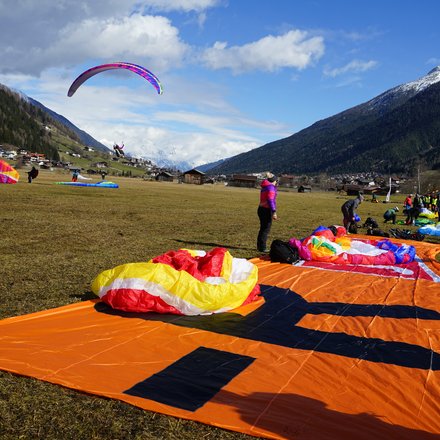 Even the one or other star of the paragliding scene was at the event, for example triple Acro world champion Théo de Blic, since recently test pilot for the Tyrolian manufacturer Nova, who showed his skills in the air and was then welcomed with a lot of applause by the visitors at the landing field. Generally, there was a lot of testing, flying and sharing of different opinions concerning various paragliding topics during the day. In the evenings, paragliding fans got the chance to listen to interesting presentations of Théo de Blic as well as X-Alps contestants Paul Guschlbauer and Pascal Purin.

On Sunday, the last day of the event, I was itching to go and fly myself, so I got myself a paraglider and watched the whole spectacle from above – as a solo pilot and as a tandem passenger. Not bad! After a day full of air time, the event hosts did a special raffle for all the visitors: All pilots of the Stubai-Cup could not only win AUSTRIALPIN air sports carabiners, but also the main prize, a paraglider of one of the present manufacturers. In the end, I unfortunately didn't win, but the well-deserved after-flying beer in the evening tasted well anyway. The testival definitely was a complete success! :) 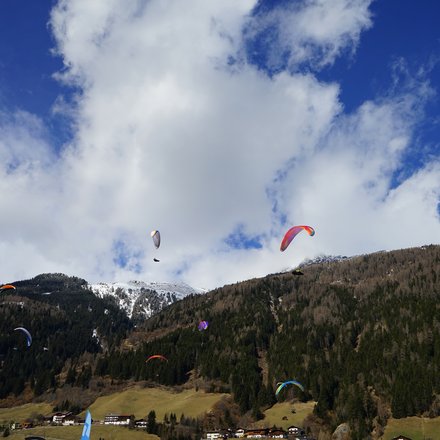 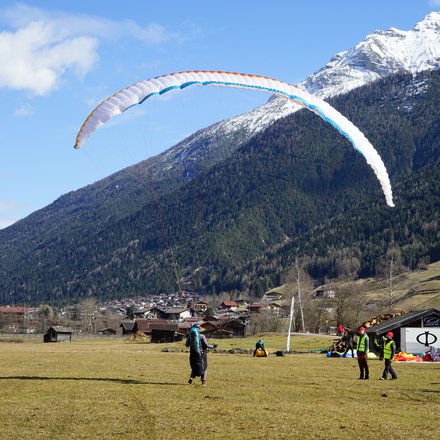 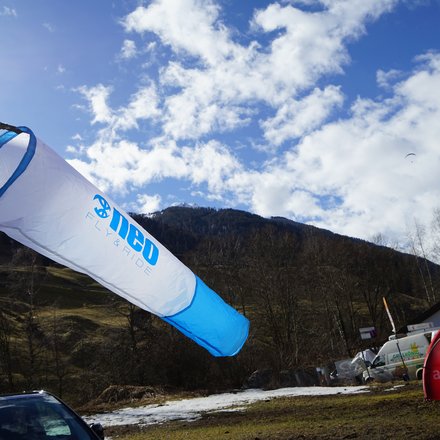 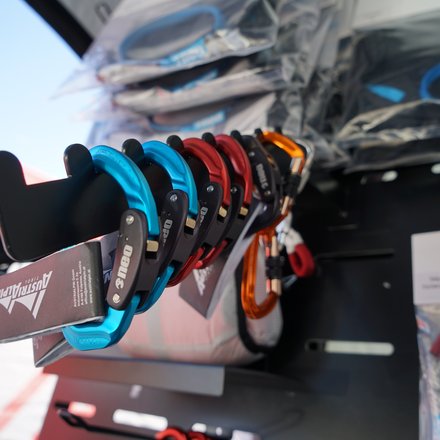 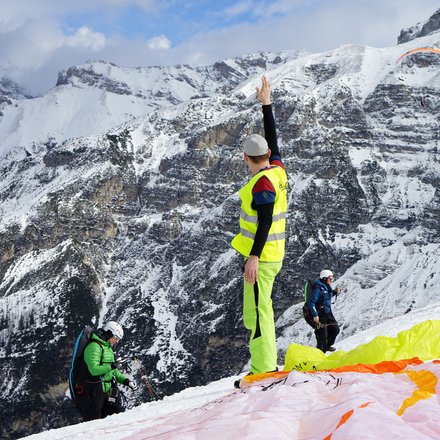 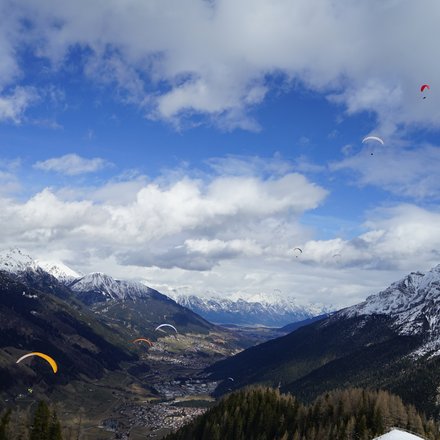 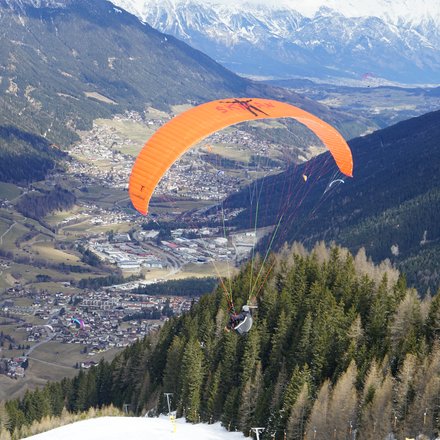 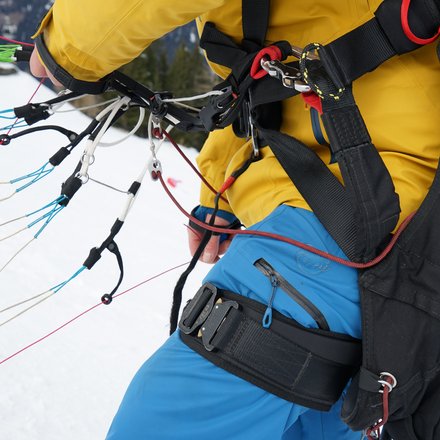 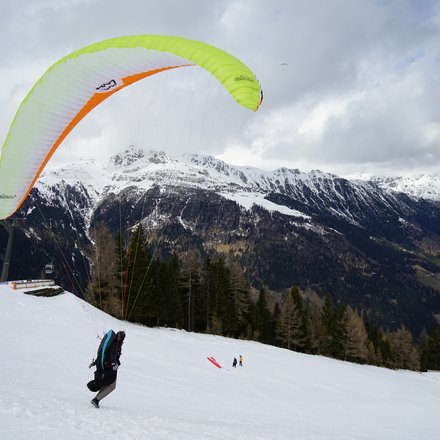 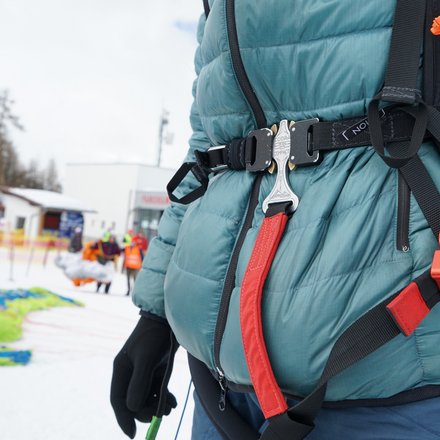 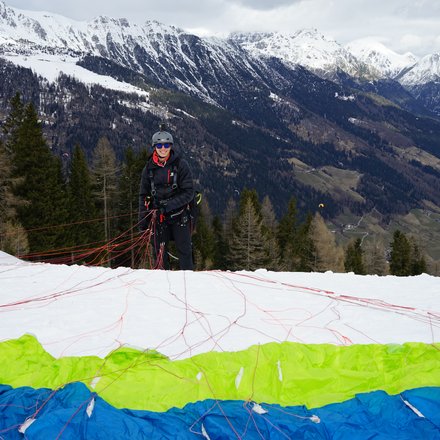 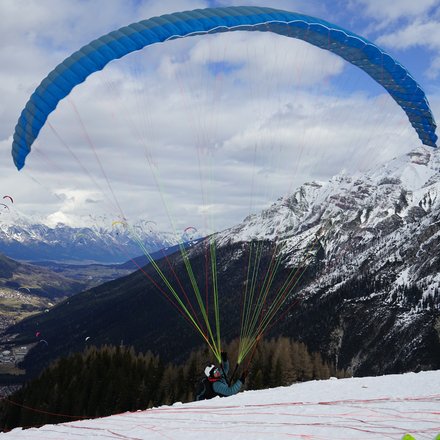 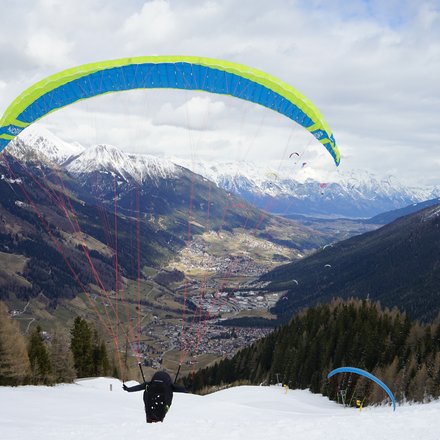 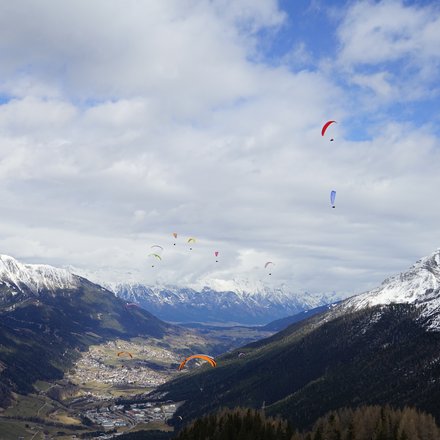 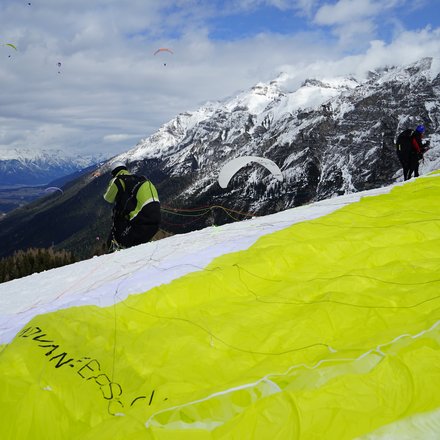 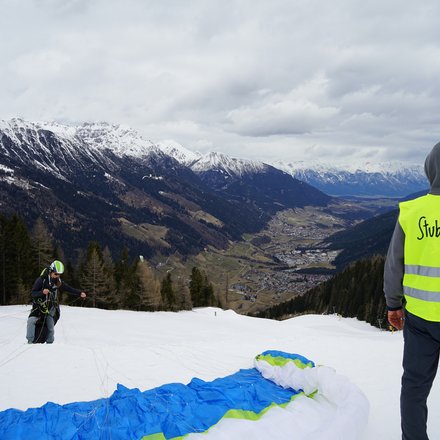