Climbing fun in the Caribbean. | AUSTRIALPIN

Climbing fun in the Caribbean.

While the temperatures in Austria were still around zero in February, team athlete Stefan Brunner and friends were excited about 30°C in the shade in the climbing area of Vinales on the Caribbean island of Cuba – the only Caribbean island with a climbing area – and a lot of climbing fun! From smooth, compact lime stone to sharp coral stone, sinter and wholes, there was something for everyone. Back at home Stefan is now not only a lot richer in climbing routes and mosquito bites, but also in a lot of new experiences. We summarized his most beautiful impressions and pictures in this blog for you.

If you think about Cuba, you, in first place, probably think about Caribbean beaches, cigars, historic cars and an atmosphere as if time stands still there. However, the town and UNESCO world heritage Vinales (about 3 hours by car from Havanna) is not only one of the most well-known and biggest tobacco farming regions of Cuba, but also a beautiful climbing area with the same name.

"We climbed nearly every piece of rock that touched our finger tips."

Nobody really understands why climbing is prohibited in Cuba. The fact that it is tolerated by the government – at least at the moment – invited the AUSTRIALPIN athlete to discover new rock and therefore to tick a new climbing destination on his bucket list. The very special challenge: The high temperatures!

"Climbing at more than 30°C in the shade is nothing you do every day. The high temperatures and the rock which is heated by the sun in combination with the high humidity is not the best for a good grip and so we were struggling with routes much more than we should have. [...] However, the 'swinging' between the sinter formations was just too much fun. 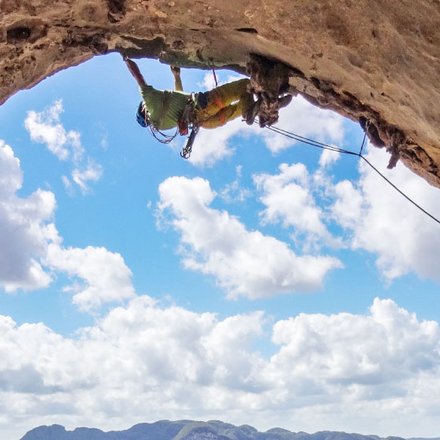 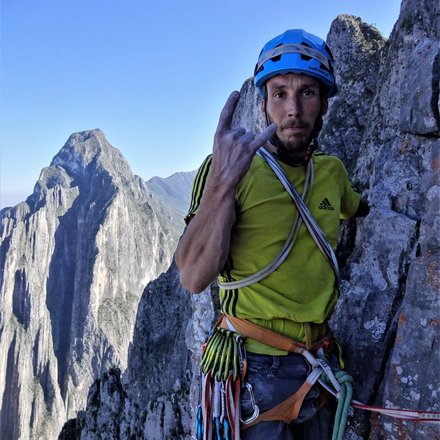 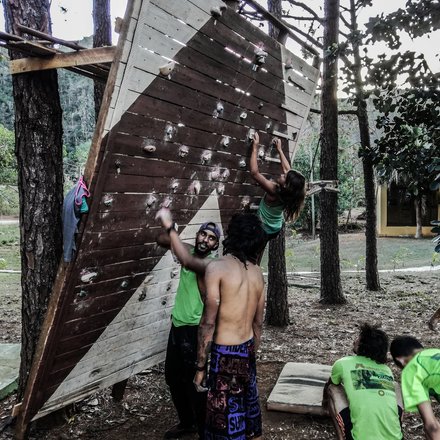 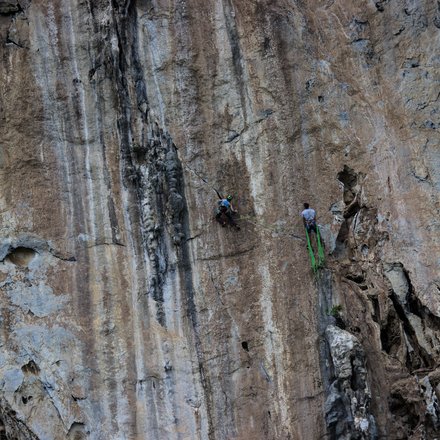 The climbing holiday was rounded off with the "Cuba Climbing Festival", which lasts nearly one week and attracts climbing fans from all over Cuba.

"Often they save their money the whole year, must to take part in the festival. They shared their climbing equipment, because only every fourth or fifth climber has a harness or shoes, and they discussed how they managed to get in shape without having the possibility of climbing. Now this is what I call real motivation!"

You can't buy or order climbing material in Cuba. So the Austrian climber did a good deed and left the Cuban climbers theirs. Awesome! 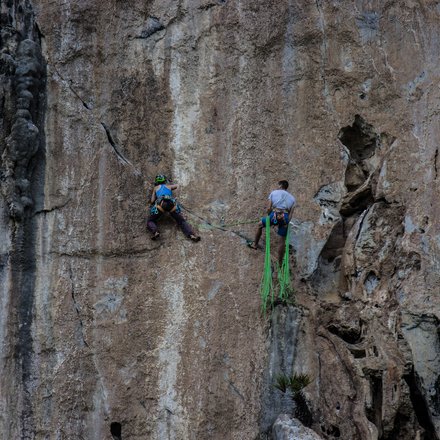 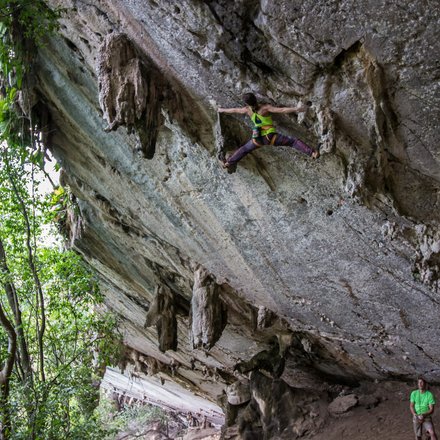 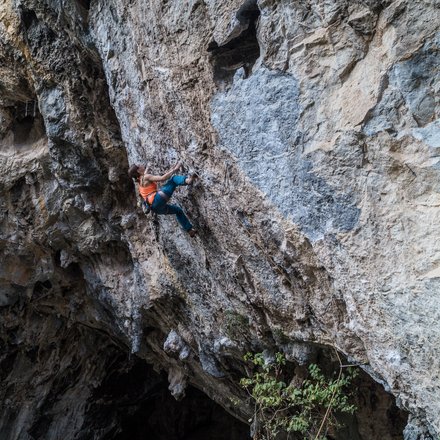 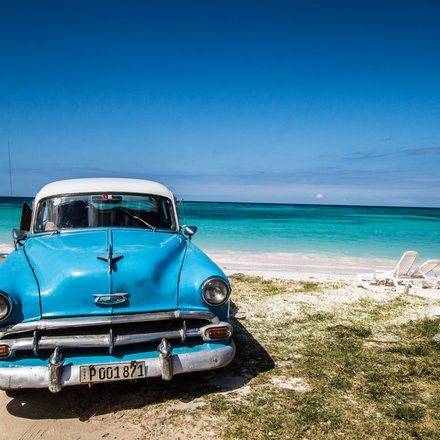 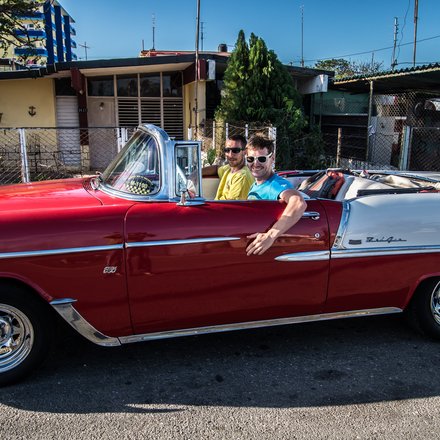 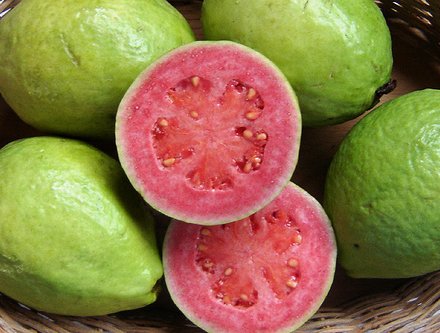 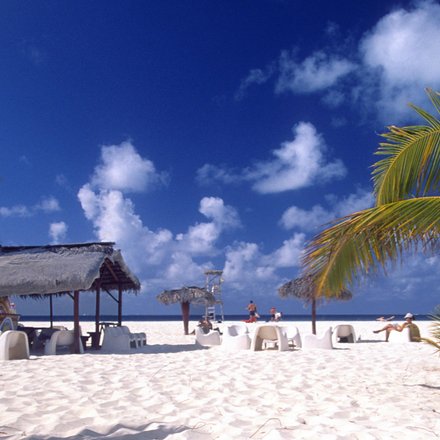 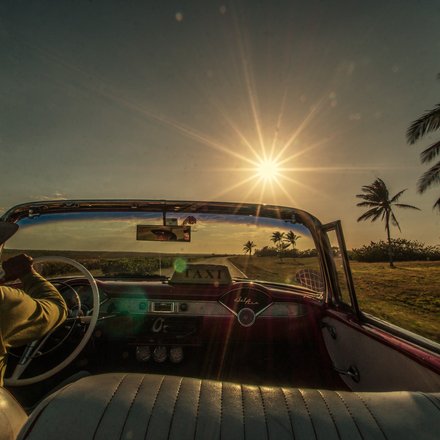 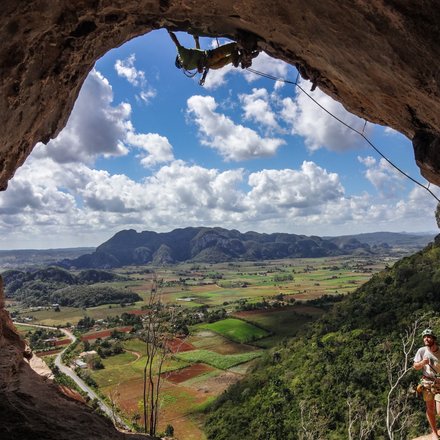 [Translate to en:]
Back