Marvin Winkler fulfills his dream of climbing Mangarbo 9a/+

"Today I was able to climb my hardest route so far. Mangarbo 9a/+ in the climbing area of Villanueva del Rosario in Andalusia." This little sentence almost went unseen in Marvin's long e-mail – almost. Even if Marvin is pretty humble concerning his successes in climbing, we didn't let him get away with this one so quickly! We wanted to know more about it, so we asked him for an experience report of his amazing performance – and we got it! Have fun reading! :)

For a very long time, the sixth level of difficulty was considered to be the limit of human possibilities. However, when it comes to climbing, isn’t it all about daring to do something that seems impossible first, just to push one’s boundaries?

This is how I felt with Mangarbo. The first time I came in contact with this route was in 2016, when I made a video of the first ascent done by Seb Bouin. At this time, I was so intimidated by the tininess of the holds that I never really dared even trying it. Within the last few years I came back to Villanueva del Rosario a lot of times. It became a second home for me and I was able to send many of my most difficult routes there. Still I couldn’t get this one route, Mangarbo, out of my mind.

Mangarbo is a combination of two routes: Mandanga (8c+), followed by a very difficult 7c boulder and eventually the upper part of Planta de Shiva. In spring 2018 I finally climbed Mandanga. It consists of an exhausting 8b, followed by an uncomfortable no-hand-rest, a 7c boulder with small crimps and underclings and eventually another good no-hand-rest and a 7b boulder with dynamic pulls. All these aspects make this route – compared to other endurance routes – very boulder-like and also mentally very challenging, as you don’t get one step closer each time you try, but you again and again fail at the same boulder problems (and become desperate).

"It's a huge lesson I learned from it: Not to keeping myself within limits, daring to try something that first seems impossible." 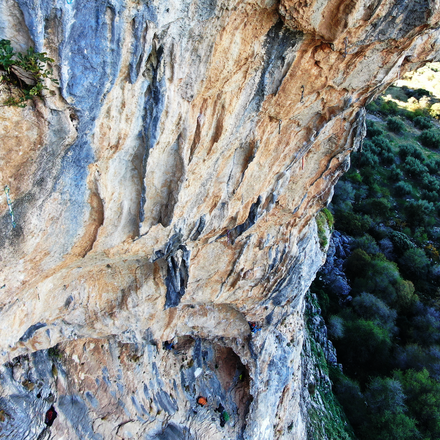 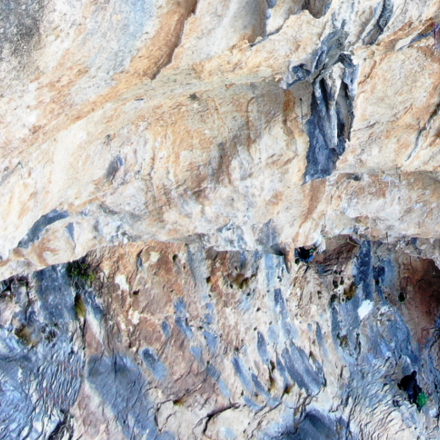 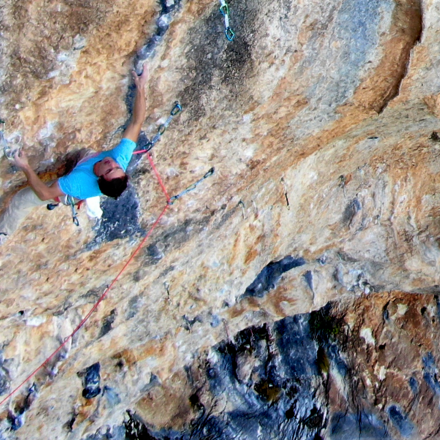 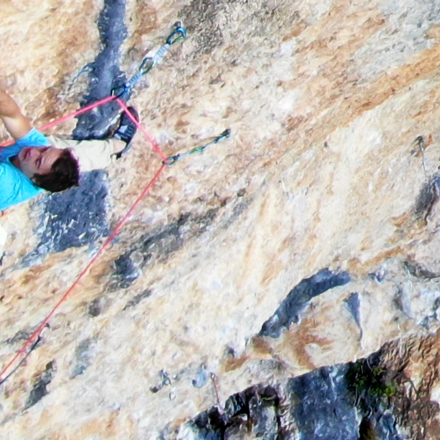 In spring 2019 I repeated Mandanga and in addition, I was able to climb Mandanga total, my first 9a and the little easier exit option of Mangarbo. The crux thereby is to directly add another 7c boulder to the 7b boulder: You turn from a side hold to a 3-finger hole with all the load on your shoulder. Then you have to get your feet up and turn the 3-finger-hole to an undercling with the help of another, bad 2-finger hole to eventually dynamically grab a side hold in form of an ear. All these moves have to be perfect, one little wobble and you’ll find yourself hanging a few meters lower. However, I finally did this one try where everything worked out perfectly – after I had failed to grab that specific side hold so many times the days before and had doubted if I was really able to climb this route, in addition to all the pressure and expectations. Eventually, it all came down to 2 things: Trying hard and having fun! Having the right mindset, namely only thinking about the next move and fully concentrating on it, was definitely the key to success.

Shortly afterwards I started projecting Mangarbo. However, I had to realize that it is way harder than expected. In this route, after the whole difficult part of Mandanga total, you have to climb an exhausting 8b+ instead of a 7c – and all this with tired forearms due to the 8c+/9a climb before. Although I couldn’t climb Mangarbo anymore in spring, I began to believe that it this route could be possible.

My plan to train hard in summer and to come back stronger in fall eventually worked. The sections felt much easier to climb than before and I was able to climb Mandanga and the difficult part of Mandanga total pretty quickly. After some spectacular 15m falls in the upper 8b+ part due skipping quickdraws and not clipping (clip or climb) and after having fallen at the very end, it was an overwhelming feeling to finally reach the top of Mangarbo (9a/+)! Climbing a route which seemed absolutely impossible first and pushing your own boundaries was an amazing experience. And to be honest: It is really addictive. But there are still enough projects for me…