For many years Lukas Thöni aka „flyluggi“ has been carrying the idea of a 9 Summits trip across Austria in his mind. The plan was to Hike & Fly from the highest mountain of each of the 9 states that is entirely located in one state. In June 2020 he finally put that plan into action together with his mates Martin Lifka and Alexander Riedmann.

As a starting point the 3 paragliders chose the very center of Vienna. The first two hills, the Hermannskogel (542 m) located in Vienna and the Großer Hirschenstein (862 m) in Burgenland were not very promising. They were either not allowed to fly or were just not able to find a starting spot.

In order to leave the eastern part of Austria with some achievement, they went to lower Austria and climbed the 2076 m high Schneeberg. Strong winds were too challenging and so they descended on foot to find better starting conditions. Finally successfull, they were able to pull up their paragliders at about 1660 m seelevel. Unfortunately Martin got injured at his starting proceedure and had to drop out for the rest of the expedition.

After Martins misfortune, Luggi and Alex decided to continue the trip in Styria at the Hochwildstelle (2747m). Starting right at the top and landing near the Gfoellealm they really enjoyed this one. 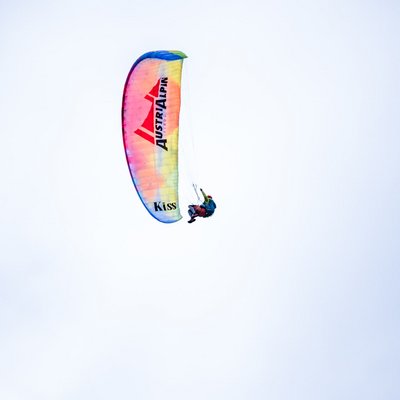 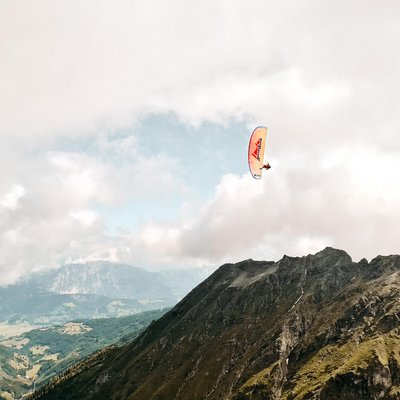 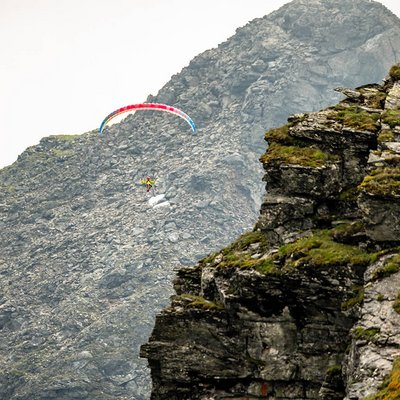 And on it goes to Carinthia up to the glacier covered Hochalmspitze (3360m) in the Hohen Tauern. The starting point at the ridge was just impressive, from here they glided about 7 km down into the valley. 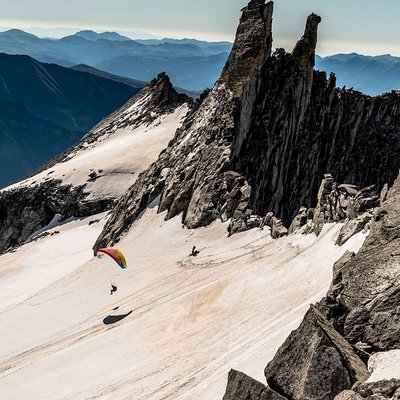 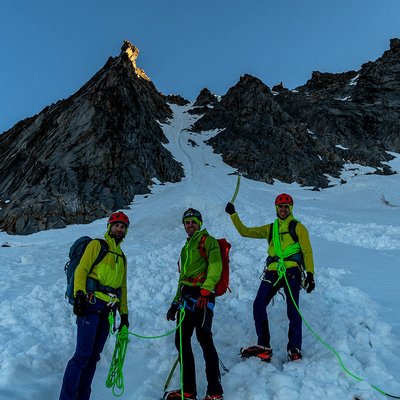 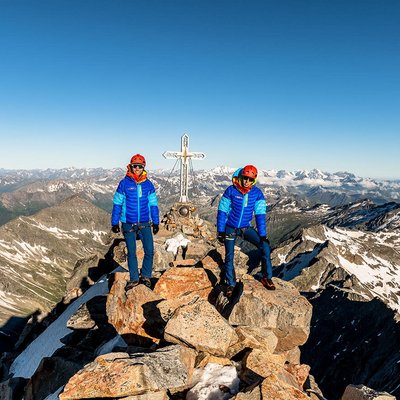 The Große Priel (2515m): After bivouacing Luggi and Alex started very early to climb up to the summit along the via ferrata. Challenging starting conditions awaited the two guys. All in all the flight experience was mediocre.

The 7th tour stop took them far east to Vorarlberg up to the Schneeglocke (3223m) in the famous Silvretta area. For the first time during their expedition they had ideal conditions.

At the Wildspitze (3770m), the highest mountain of Tyrol, they had to start through fog, nevertheless they enjoyed their flight all the way to Vent in the Oetztal.

Their last stop on their 9 Summits tour Lukas and Alexander led them up to the Große Wiesbachhorn (3564m ) in Salzburg. After a cold "bivi" night at the „Heinrich-Schwaiger-Haus“, they climbed up to the peak quite early in order to start their paraglides with the first morning light.

„Looking down into the see of clouds and with the sun rising above the summit I had a great feeling of  euphoria. Knowing that once I am in the air, it doesn´t take long until I am - without any effort - back in the valley!“ 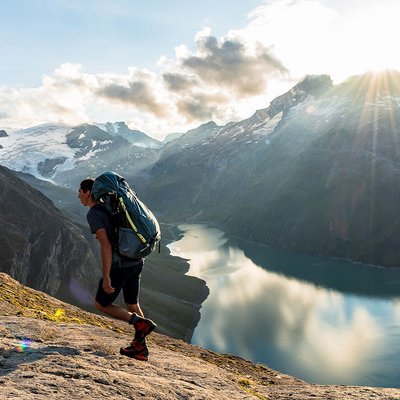 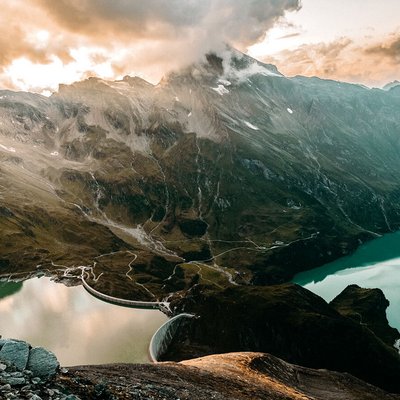 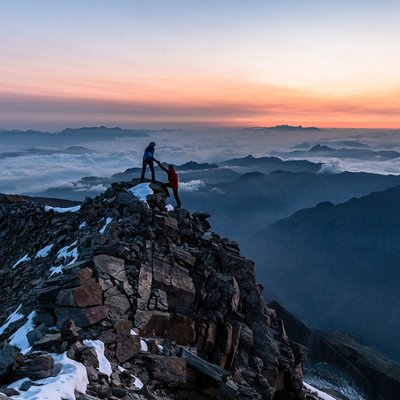 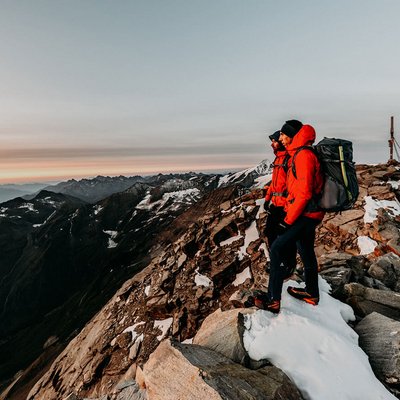