Our latest AUSTRIALPIN team member Tobias Holzknecht, together with his great cousin and rope partner Marc Holzknecht had dared to one of the most difficult ice walls of the Eastern Alps: the over 1,200m high Ortler North Face!

9 years ago, at the age of 14, I stood on the Ortler for the first time. I went with my parents at that time over the "Hintergrat", where you can see very well into the north face. I can still remember when I saw it for the first time and thought to myself, one day I want to climb the wall. On 27.08. the day had come.

Those who know the 1200m high wall and its objective dangers know: Climbing this north face is a lottery game.

Reinhold Messner once said, "Only fools do the Ortler North Face"

The wall is unpredictable, in  summer and winter, because of ice breakage. All in all, we had very good conditions, except for the weather, which threw a spanner in the works: fog, snowfall and about -10 degrees with strong wind.
We woke up after a short night at the "Tabaretta hut" at 02:30 a.m. After half an hour of ascent we reached the "Bergschrund" and thus the entrance to the wall. At 03:30 a.m. we started climbing.

The first 2/3 we climbed rope-free, in order to lose no time and to get out of the danger zone ("Gurgel") as fast as possible. At about 05:30 a.m. we were just above the "Gurgel", where we perceived a loud bang. It was an ice avalanche that went down below us into the north face.

We had zero visibility and just hoped we were already far enough up. After it was quiet again, we realized that it was a "close call" and we werevery lucky. 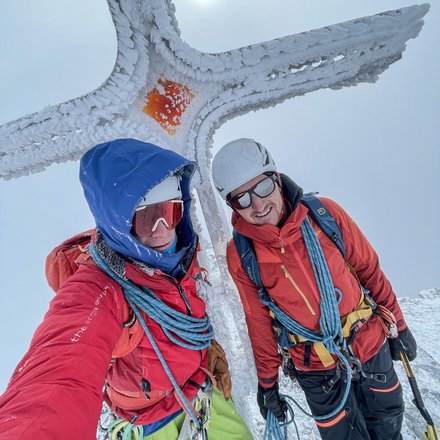 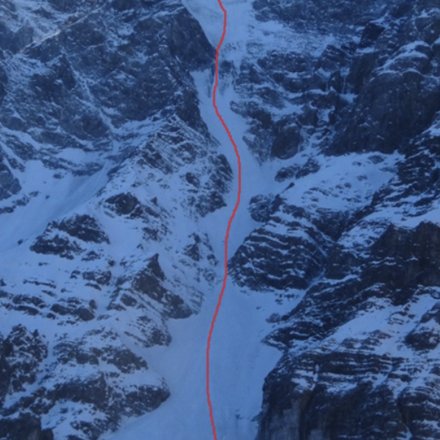 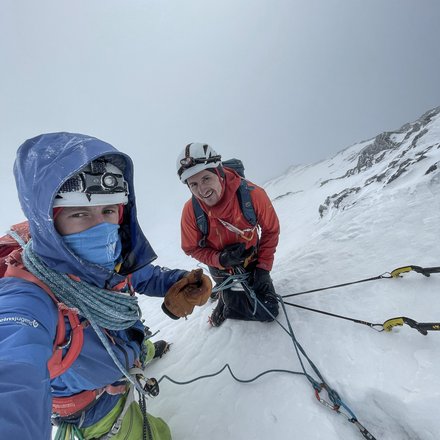 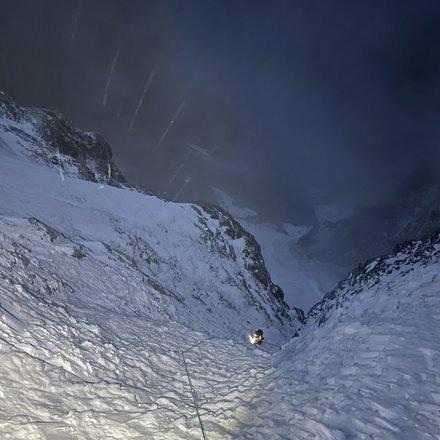 What I mean to say:

The objective danger must not be underestimated.

On the Internet, it is literally advertised that the conditions on the Ortler North Face are currently "as good as never". There is not a word about the 20-meter-high Sérac.
In my opinion often only the good and positive is shown on the Internet, especially on social media. For this reason I have the desire to share this message. 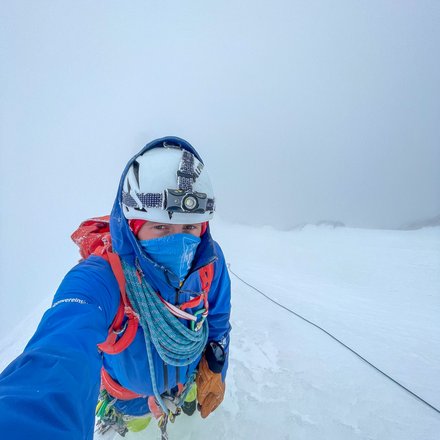 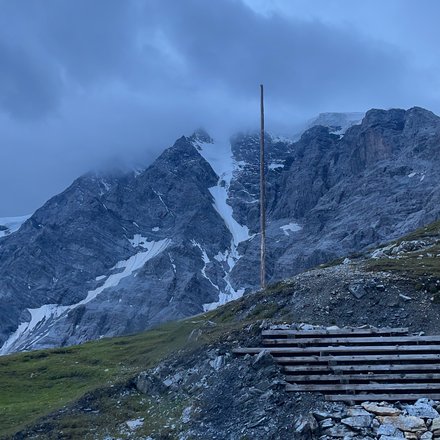 [Translate to "en"]
Back