Beach and rock, swimming and climbing, adventure and relaxation - where is this possible? We are talking about the 4th biggest island in the Mediterranean sea, Corsica! This island definitely has a lot to offer, not only for beach tourists, but also for climbing lovers. Recently, team athlete Cathy spent her holiday there and shares her most beautiful experiences with us in this blog!

It’s the end of September, and I’m sitting on the ferry in the direction of Corsica with my climbing gear packed, and two weeks of vacation to discover the climber’s playground that can be found in Corsica. To be honest, before this trip, climbing in Corsica wasn’t even really on my radar. When thinking of the “must do” european climbing destinations, Corsica is hidden in the shadow cast by the likes of Chamonix, the Dolomites, and the peaks of the Swiss Alps. While those destinations have become the accepted benchmarks used for climbers to prove themselves, each coming with name-dropping potential among your favorite group of alpinists, Corsica is a place where the highest peak doesn’t even reach 3000m and tourists at the beach come to mind.

But as I would soon discover, Corsica, with its wild landscape, dense forests, perfectly formed natural granite swimming pools, and the unique tafoni rock, offers an experience unique to any other climbing trip I’ve been on. The rock - which looks like something out of a Dr. Suess book - calls out to your inner child, and the only thing you can think is, “I want to climb that!”. 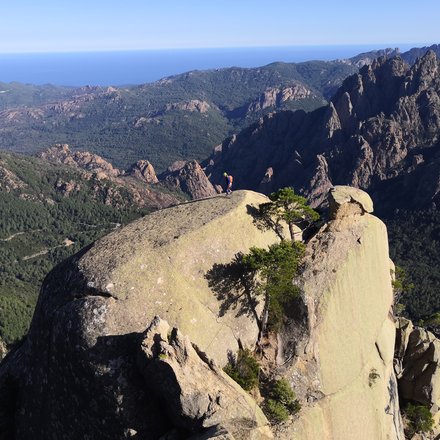 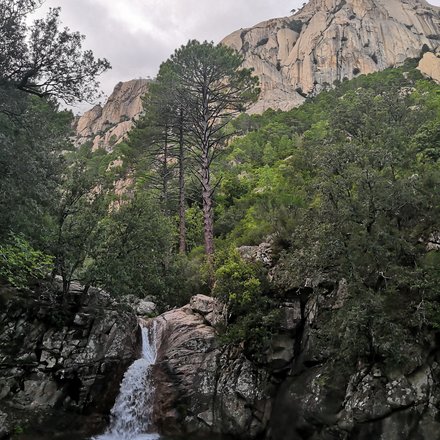 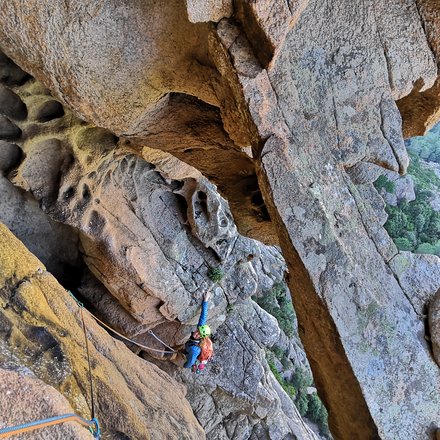 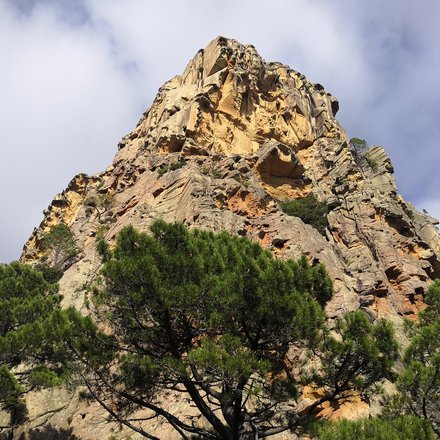 In climbing, it’s usually the case that the harder the line, the seemingly more aesthetic it is, but in Corsica, the difficulty is almost irrelevant! Like the route “Voie Allegria” - over 300m and graded VI, there’s no “hard” move, but the whole time you just can’t really believe this wasn’t directly made for climbing. Or in the route “Haddad”, where you enter a giant tafoni cave, and for one pitch you barely need to use your hands (it’s graded III), but you’ve never climbed anything like it. We took a break from the Tafoni’s long enough to climb the “Le Dos de l'éléphant”, where for two pitches there are *literally* no holds, and like a thirsty man in the desert, you start to see mirages of footholds every time you look down.

In the end we climbed most days, went swimming on the rest days, and lived enjoying the simple pleasure that climbing can give. In a world where the corona pandemic carries on, politicians are giving us the option to live in our own realities, and the climate crisis is crashing around us as we charge forward into oblivion, it seems to be the ultimate luxury to play on these cliffs. But maybe that's just the point, focus on what we have control over, stick to the facts, acknowledge our privilege and enjoy the tafonis when you can get them. :) 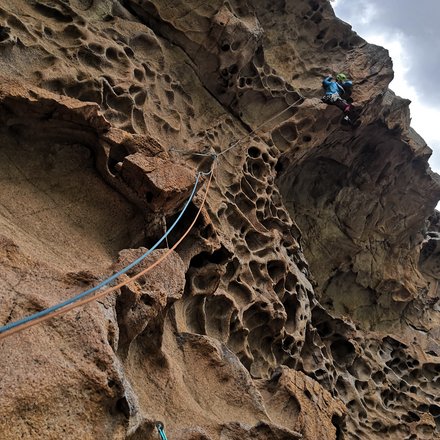 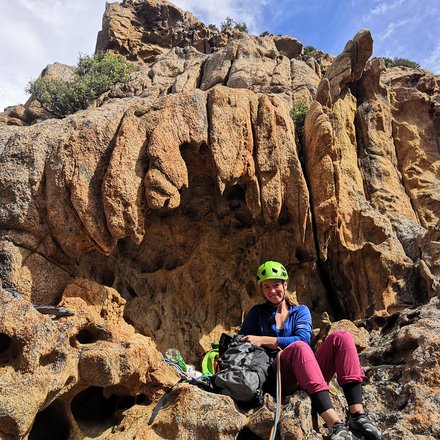 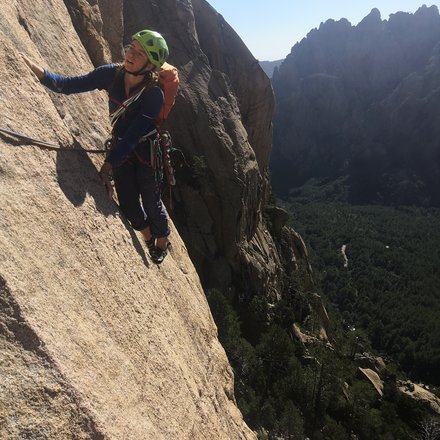 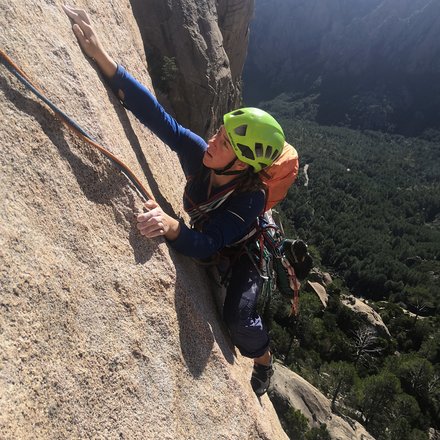 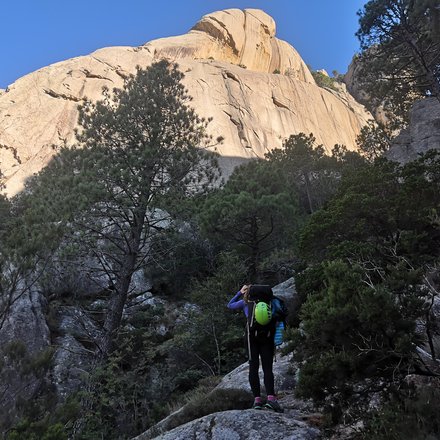 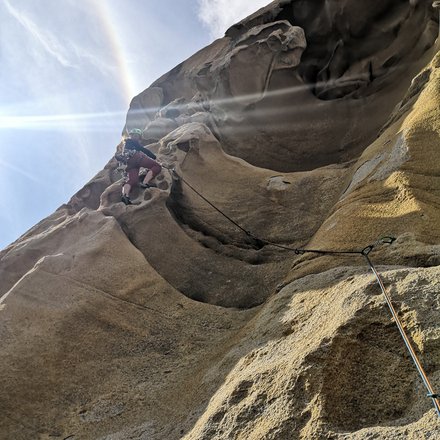 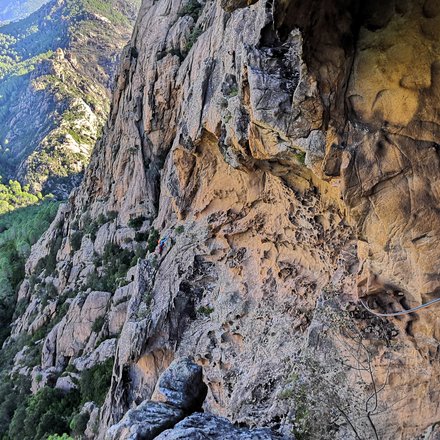