COBRA® is always the same COBRA®? Well, not quite true! AUSTRIALPIN manufactures many different types of COBRA® Quick Release Buckles for many different use cases. These COBRA® types differ in the material they are made of, as well as their breaking strength and intended application of use. One thing though always stays the same: the reliable functionality of the buckle, the precise manufacturing process in AUSTRIA and the usage of raw material in the highest quality only. 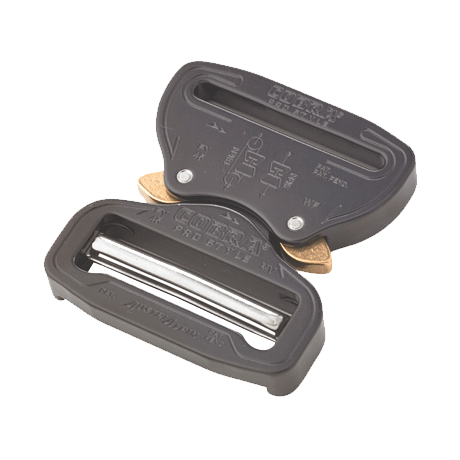 COBRA® PRO STYLE  [ The evolution of the legendary COBRA® THE ORIGINAL. ] 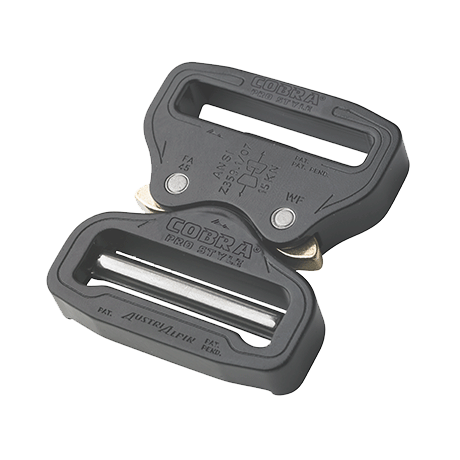 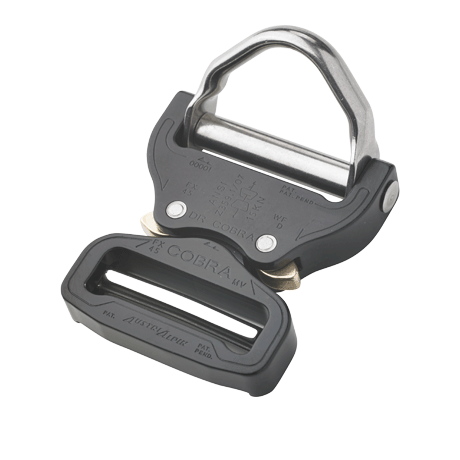 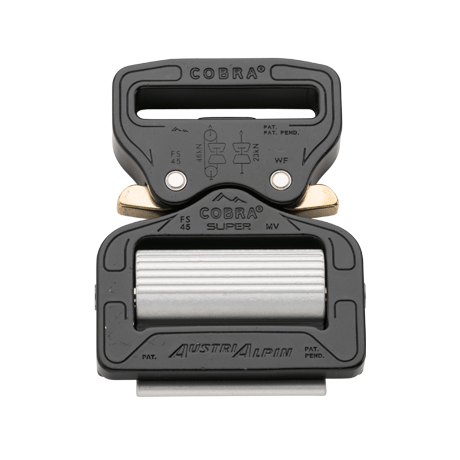 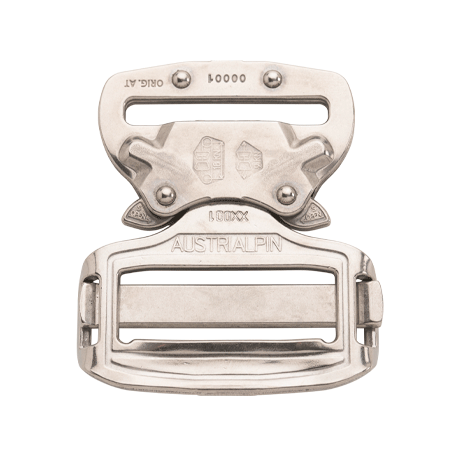 COBRA® NAUTIC  [ COBRA® made of stainless steel for applications on the high seas. ] 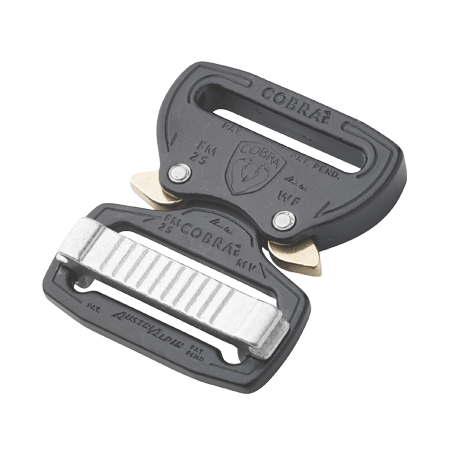 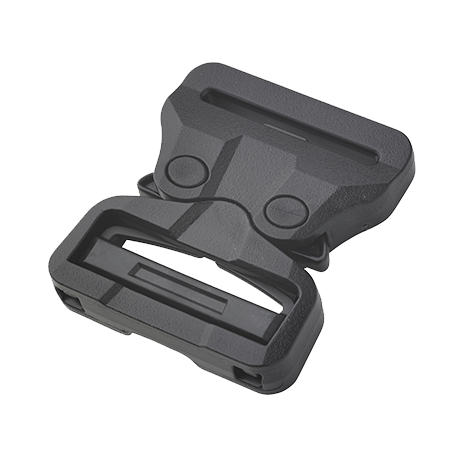 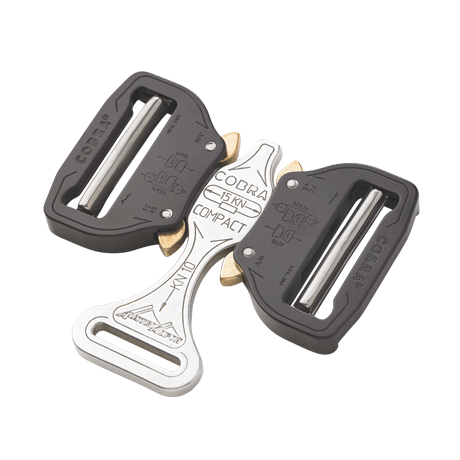 The COBRA® Quick Release is a buckle which meets the highest safety requirements.

1. RELEASE
Press both clips at the same time to open the COBRA®. One-sided relieve (pressing only one clip) is impossible.

2. OPEN
A relieve under tension is impossible (with the exception of the “Open Under Load“ models)

All COBRA® models are available in different standard sizes. All COBRA® Quick Releases within the same type (e.g. PRO STYLE and ANSI PRO STYLE) can be combined with all sizes (25–58 mm) and variants (adjustable, non-adjustable) of the male and female part. The breaking load always stays the same!

AUSTRIALPIN offers a high in-house production depth of its COBRA® buckles. For example, the male and female buckle parts of the COBRA® PRO STYLE are available as adjustable or non-adjustable versions in the sizes of 25, 33, 38,45,50 and 58mm. Thanks to the possibility to combine the parts with different size and adjustability options there is a COBRA® buckle for almost any application. 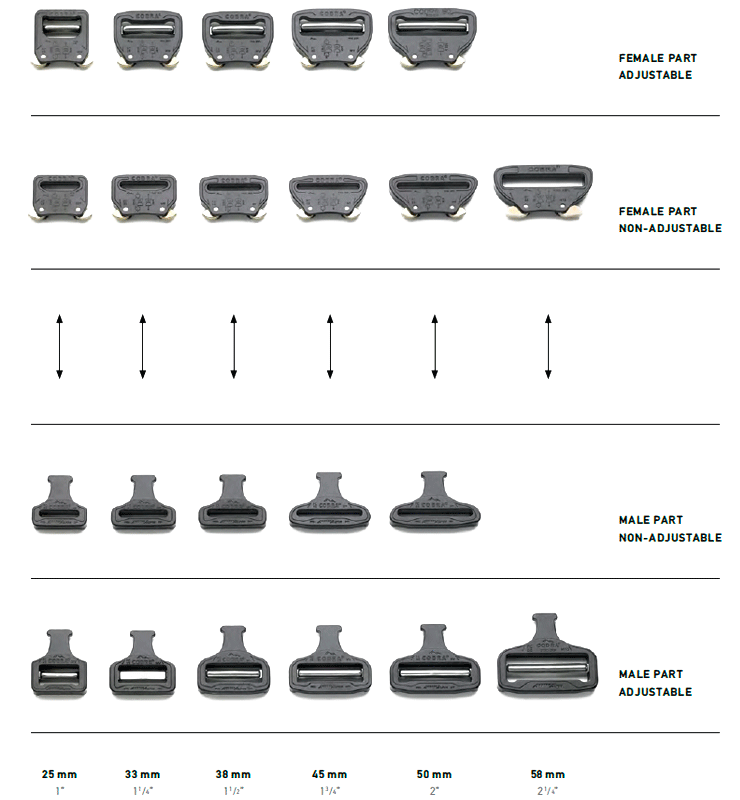 The COBRA® Quick Release buckle is the benchmark when it comes to safety of men and material. Manufacturers around the globe trust in the COBRA® components which are available in many different models and are constantly revised and improved. Because of their diversity they are used in a wide range of fields – in the tactical sector, for rescue services and fall protection as well as in the fashion industry.

Find out more about the application range on our COBRA Instagram channel.